Hey guys! Lately, I’ve been super into re-watching older shows and I’ve come across some really great gems that people may or may not have forgotten about that you should try watching!

Glee was a show I thoroughly enjoyed watching in high school. From its corky characters to its over-the-top musical numbers I was hooked. Being a theatre kid myself I really related to a lot of struggles the characters faced on the show and watching the show now, as an adult it’s just as enjoyable as ever. Watching the high schoolers navigate high school their way through school while enjoying singing in the Glee club still holds my attention and gets me dancing in my seat. I would highly recommend watching or re-watching this series.

ABC Family was known for its teen dramas and upheld that reputation with shows such as Pretty Little Liars, The Fosters, The Lying Game, and more! But one of its lesser-known dramas was Make it or Break it, a show that revolved around elite gymnasts trying to get to the Olympics. This show was one of my favorites, while it was airing I patiently waited week after week to see new episodes. Watching now I still feel on the edge of my seat as the gymnasts perform their routines, risk falling and seeing who gets cut! This show was underrated but definitely deserves a watch!

One of the biggest sitcoms of the ’90s, the touching show about a widowed father raising his three daughters with the help of his brother-in-law and best friend. I watched this shows reruns religiously growing up, the show had already ended by the time I was old enough to watch. Although I wasn’t able to watch and wait for new episodes I still was a giddy child watching episode after episode before binge culture was a thing. The show still warms my heart and teaches life lessons through each episode. Watching as an adult I’ve experienced some real tear-jerker moments that I missed as a child. This show is a true gem and is an all-around great watch!

The one and only source into the scandalous lives of Manhattan’s elite. Gossip girl is without a doubt a must-watch drama filled with gossip and the most lavish parties in all of New York. When re-watching this series I realized I had forgotten a lot of drama that went down in the show and found myself curious, watching episode after episode to see what happened! If you haven’t seen this show in a while you may be surprised just how little you remember. You know you love me, XOXO, Gossip Girl.

This heartwarming show, about a mother, daughter relationship like no other. Watching Rory grow up from a naïve high schooler to a Yale graduate is so relatable and nostalgic to watch. Lorelai and Rory’s quick-witted sense of humor and love for coffee makes for the perfect binge-worthy tv show. This show is relatable for almost any young girl from high school to girls navigating young adulthood. There really is something for everyone in this must-watch show!

I’m sure you all know the most memorable voice on earth, Fran Drescher as Nanny Fine! As a teenager, I loved watching her and Mr. Shetfield flirt until they finally got together! I initially thought the show would be cringy to watch as an adult but I find myself laughing and catching some new grown-up jokes that had gone over my head the first time around. This show is the furthest thing from cringe, check it out for yourself!

Let’s just start off by saying that PCA is my dream school! I am so jealous that I didn’t get to go there when I was in school. Zoey and her friends have the best time together and the nicest dorms that I’ve ever seen! Watching this show the second time around brings back so many memories from when I was younger and watched the show when it aired. I specifically remember being in middle school and freaking out when I saw Zoey come back from boarding school for Chase! The show is youthful and takes me back, as I’m sure it will when you watch!

The show that is 10x more hilarious than I remember! iCarly has made me laugh more than any other show in a while! I’m not sure why I wasn’t a bigger fan of this show growing up. Not only is their web show awesome, but the entire show is full of jokes, great humor, and relatable yet eccentric characters! If you need an uplifting lighthearted show that is guaranteed to make you laugh give iCarly a second watch!

One of my all-time favorites shows both then and now. I cannot get enough of Degrassi, their in-depth storylines, thorough character development, and daily dose of drama. Degrassi is an extremely well-written drama that mainly appeals to teens and young adults. It touches upon many serious high school issues and addresses real-life scenarios. This show has seasons upon seasons but I think the earlier seasons are the best! Let me know if you think the same!

What kind of list would this be without my favorite show of all time? FRIENDS is a show that I discovered as a teen and have been watching religiously ever since. To say I’ve seen every episode is an understatement. I can quote this show in my sleep and somehow every time I watch the series it gets better and better. If you haven’t seen FRIENDS I would 100/10 recommend you run, don’t walk to the nearest TV and watch it immediately!

These are all my favorite throwback shows at the moment and I would recommend you check out every single one if you’re looking for a new show to binge!

Hi I'm Jackie, welcome to my website! I'm a Long Island girl with a passion for social media! Thank you for following along on my journey!
END_OF_DOCUMENT_TOKEN_TO_BE_REPLACED

My favorite place to be, the streets of NYC 🏙 .

Say it louder for the people in the back - self-lo

What are your goals for this month?! Here are so

Anybody else get their dog (p)uggz to keep their p

Trust me, you don’t want me in your Book Club!! 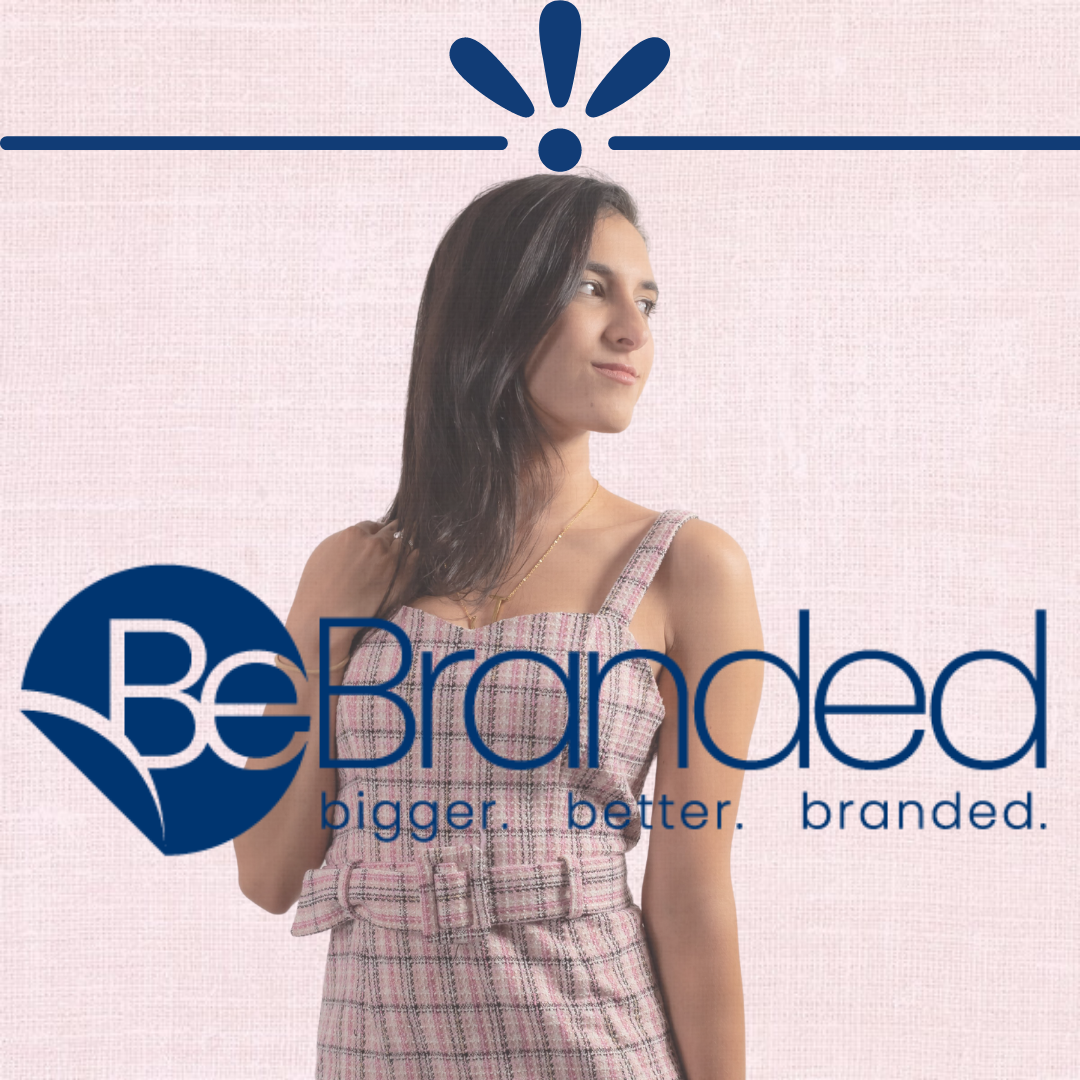 About a year ago I decided to begin my own company, BeBranded Agency, a full-service digital marketing company. Marketing was

Read More Starting My Own Business! 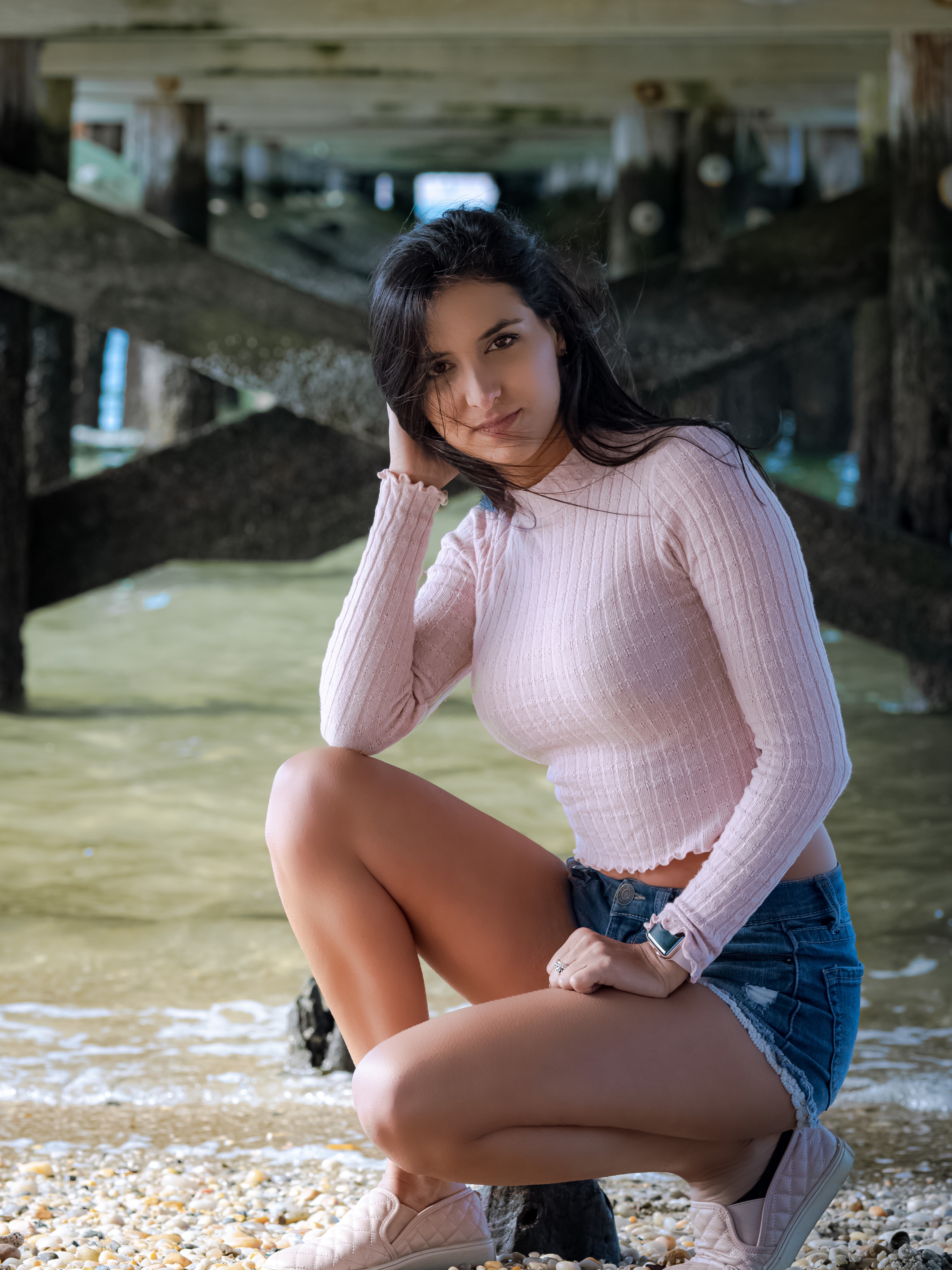 Being a social media influencer is an up-and-coming career that many young adults strive to succeed in. Influencing has the

Read More So You Wanna Be an Influencer? Tips and Tricks!

Methods I Use To Reduce Anxiety 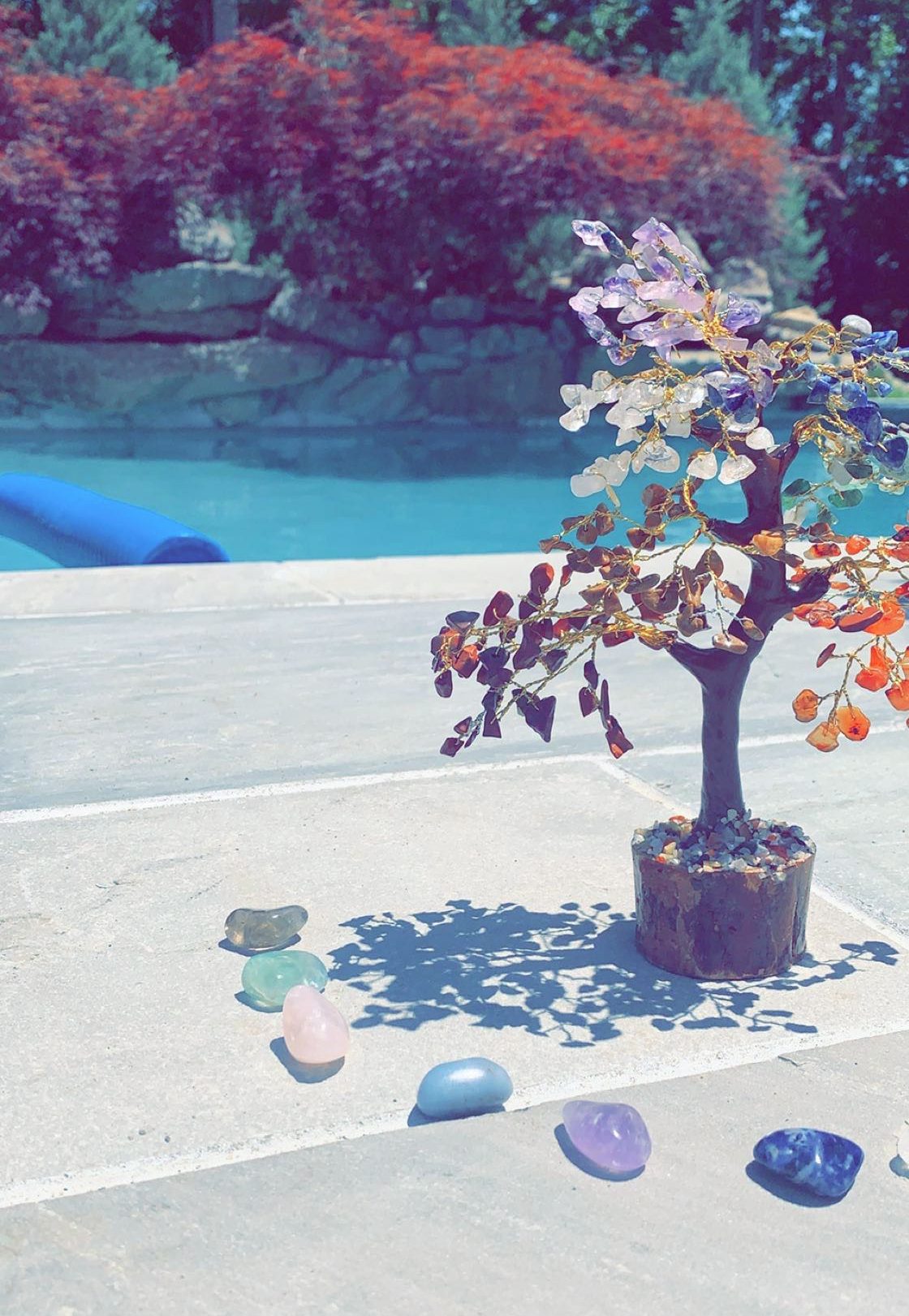 Methods I Use To Reduce Anxiety

As a mental health advocate and someone who struggles with debilitating anxiety, I find that coping mechanisms are super important.

Read More Methods I Use To Reduce Anxiety 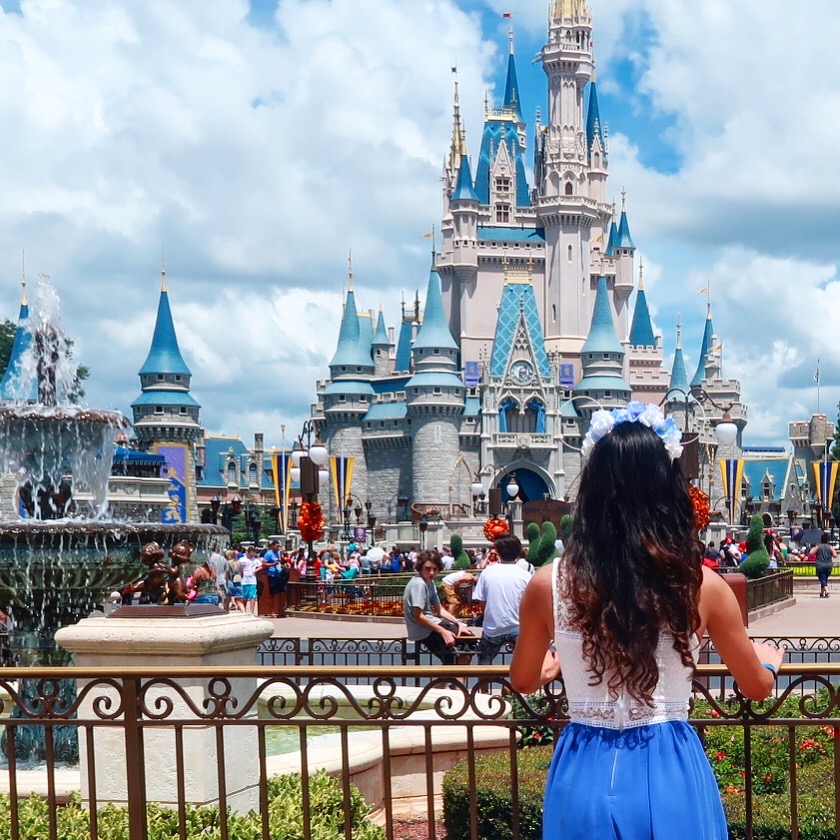 It All Started With A Mouse All my life I have been the biggest Disney fan I know! From watching 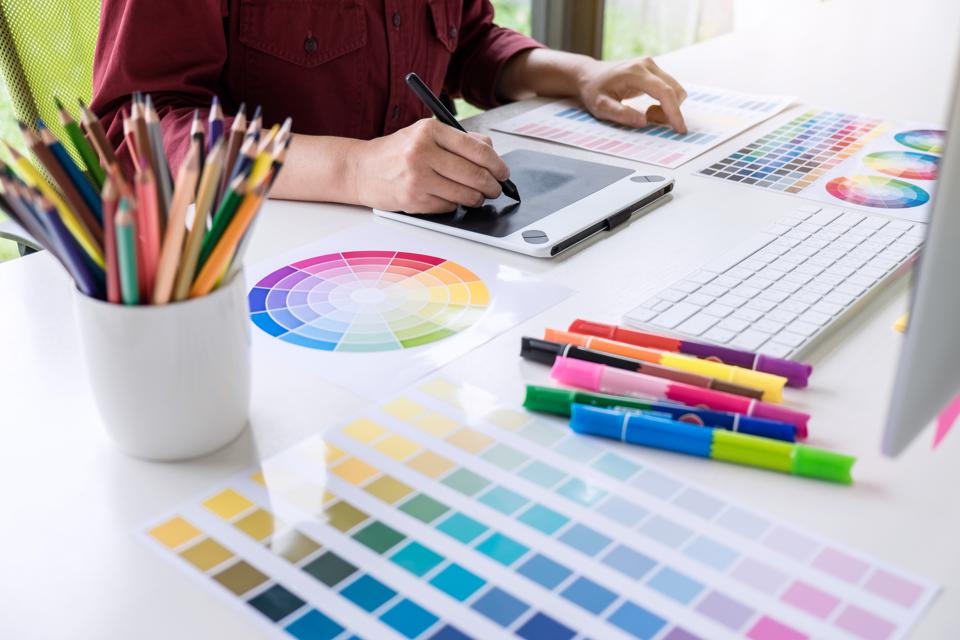 In today’s day and age, influencer marketing is becoming much more prevalent. Due to the increase in demand, it is

Read More Why Branding For Influencers Is Essential